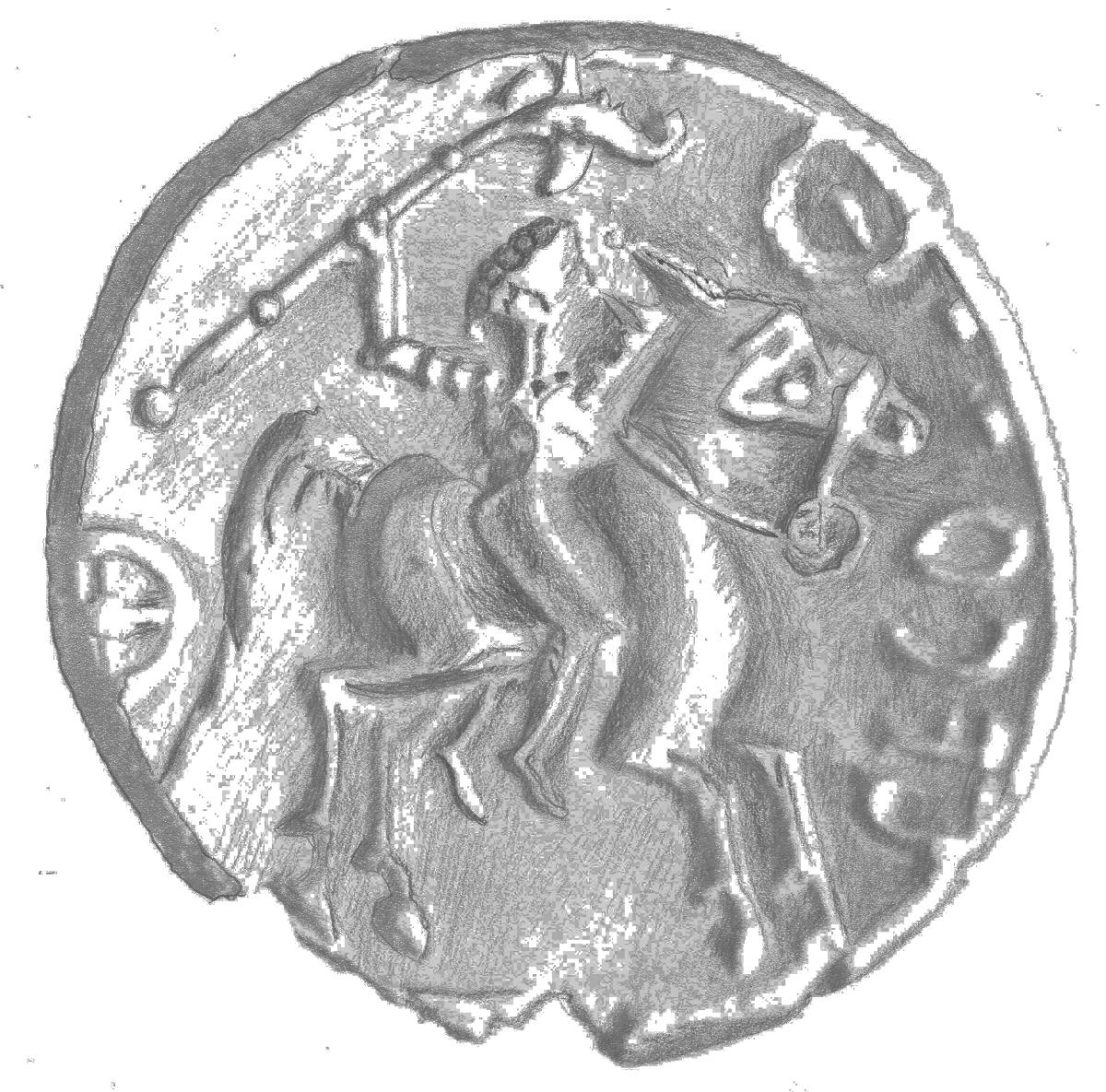 What Instruments appear on Coins in the Ancient World?

Coins are an important source of information for music archaeologists. They may be small but the skill of the ancient die maker who makes the two dies which contain the impression of the two sides of the coin was amazing.

There are hundreds of different images on ancient coins but the vast majority of them depict the karnyx. Some are minted by Romans who are busy bragging about their conquests while others are minted by the native peoples who used the karnyx.

The Roman coins  generally show the karnyx as one of the trophies which they captured from peoples they had just conquered. These coins were often used to pay the soldiers on the front line using gold and silver which had been plundered during a campaign. Their real use, though, was to send a message back home saying to the general population what a great general I am. Nevertheless, The Roman coins show the enormous variety found in the various karnyces used by the native peoples of Europe and are a valuable source of information on the instrument.

The Native European coins were largely made in France, ancient Gaul, with a few coming from southern England. The French coins generally show the karnyx and a horse, these being two important symbolic objects. From the concentration on the eye of these instruments one would suspect that this symbolism played an important part in their ritual life. The English coins similarly often show the horse and the karnyx together but they also often show the rider who often brandishes the karnyx above his head, as in the image above.