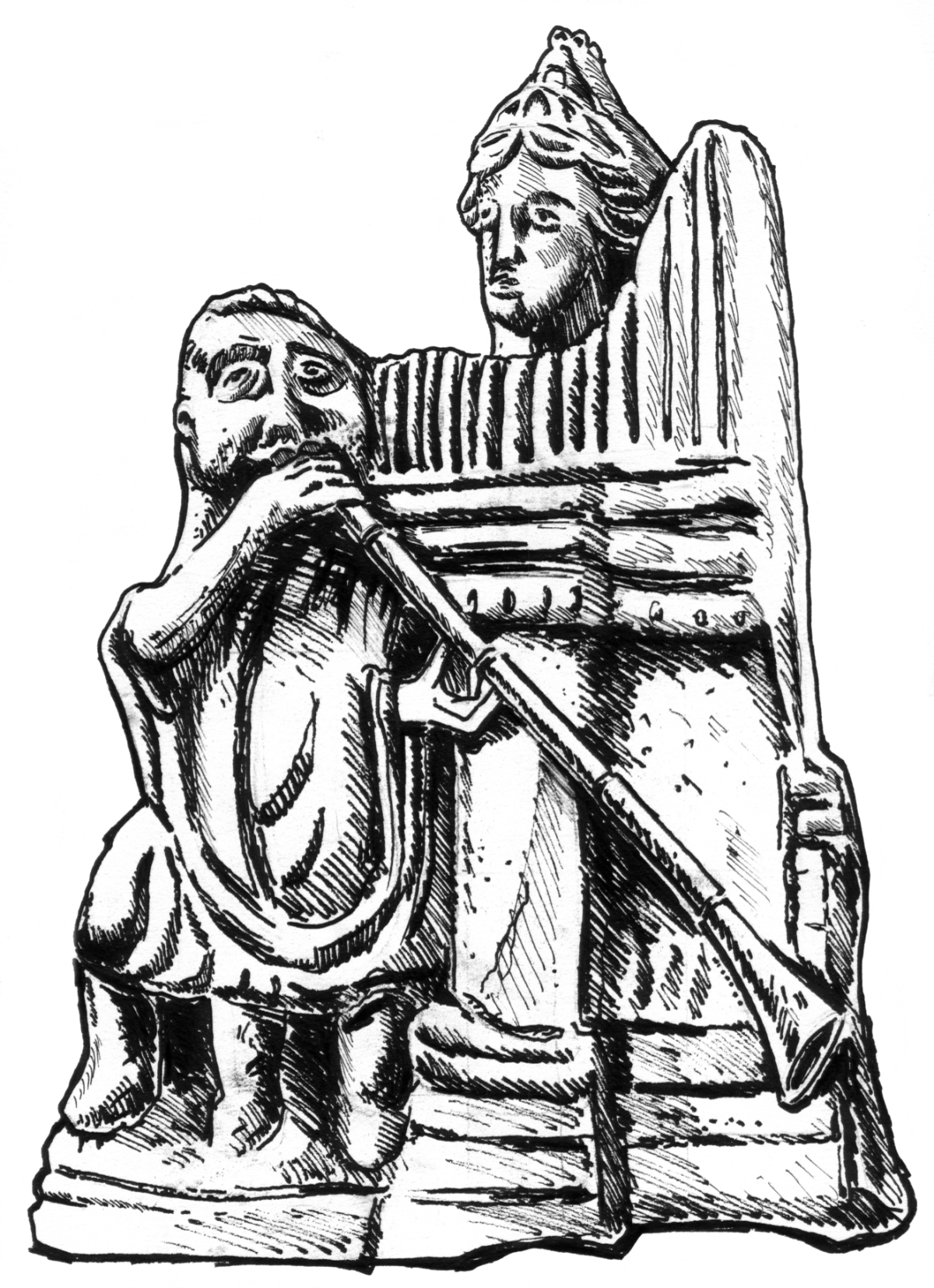 When did the Trumpet and Keyboard First Get Together?

We can’t say exactly when these two instruments first came to be played together but it certainly didn’t take long after Ktesibios invented the first keyboard instrument. He was a Greek inventor and mathematician who lived in Alexandria, Ptolemaic Egypt. He made all sorts of pumps and similar devices and, among these was the hydraulis or water organ. The ‘water’ bit was because it used water pressure to even out the strokes of the pistons. These were pumped by a couple of boys who had to keep the pressure even or the tune died when too low or everyone got soaked when it was too high. (See my entry 3, What is iconography for another image…)

We have no idea now how their salpinx player (their trumpeter) performed and only know of the Greek hydraulis/salpinx combination because of a small figurine which has survived from the time. We also know that the tuba/hydraulis (plus a cornu) combination passed on into Roman times and became part of the spectacle in the amphitheatre.

The small terra cotta depicted on the figurine appears to show a dwarf or mystical character blowing the salinx and this device is known from iconography. It also seems to make it clear that the instrument was much like that currently in the MFA at Boston. This latter instrument possesses a lip cushion at its blowing end and not a mouthpiece with a constriction or throat. This, I would refer to as an open-aperture instrument as opposed to one with a throated mouthpiece: one I would call a restricted aperture instrument.

A friend, Chris Hasselbring from Chicago/Atlanta reports on the instrument which my colleague Martin Sims and I made for him as sounding the notes: G3, D4, G4, B-Flat4, D5, F5, G5, A5, B5