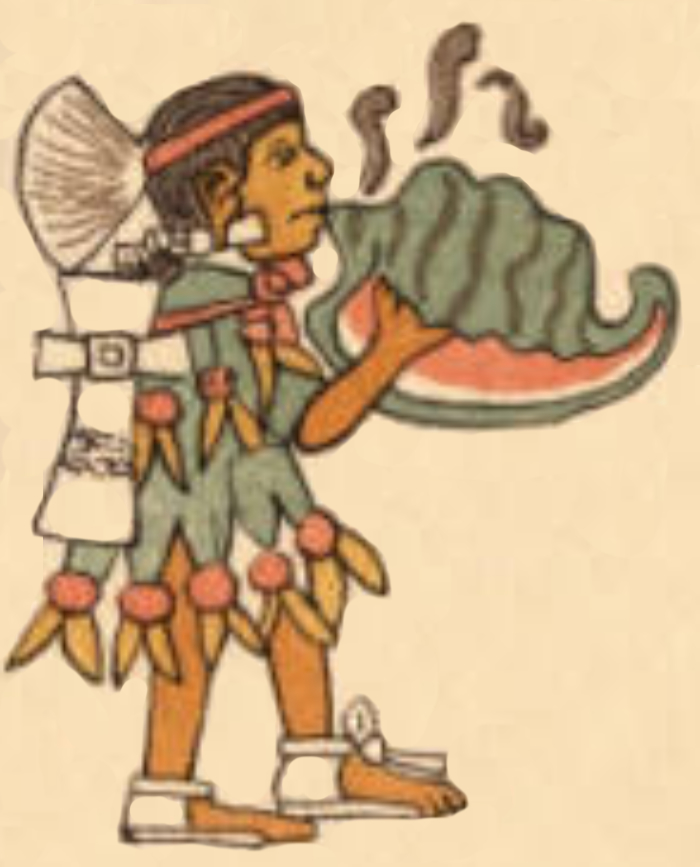 Well, lots of people, really. However, it’s music archaeologists who study all aspects of music in the ancient world. As there have been no direct study courses in music archaeology until very recent times, such scholars who call themselves ‘music archaeologists’ come from very diverse backgrounds. Some arrive from classical studies, some as performance artists, some as craftspersons. Because of this, their work will always have a tendency to reflect where they came from, i.e. to be more concentrated on music or language or whatever.

However, brass instruments occupied a special place in ancient times, partly because of their innate ability to play only the notes of the natural harmonic series. This tended to restrict their use in ancient ensembles and to dull the interest of those modern scholars of a musical bent. Also, by the time any form of art music appeared, that’s music purely for entertainment, the brass already had an enormous history as revered and symbolic objects. Because of this, the study of ancient brass instruments has not received the volume of study which other instruments have. People who have written on specific instruments have tended to see them in the context of specific societies, and not as overall representatives of traits which appear in all societies at all times and occupy a very important place in their host societies.

I will attempt in this series of snippets to place the brass instruments of the ancient world in a more-global context.