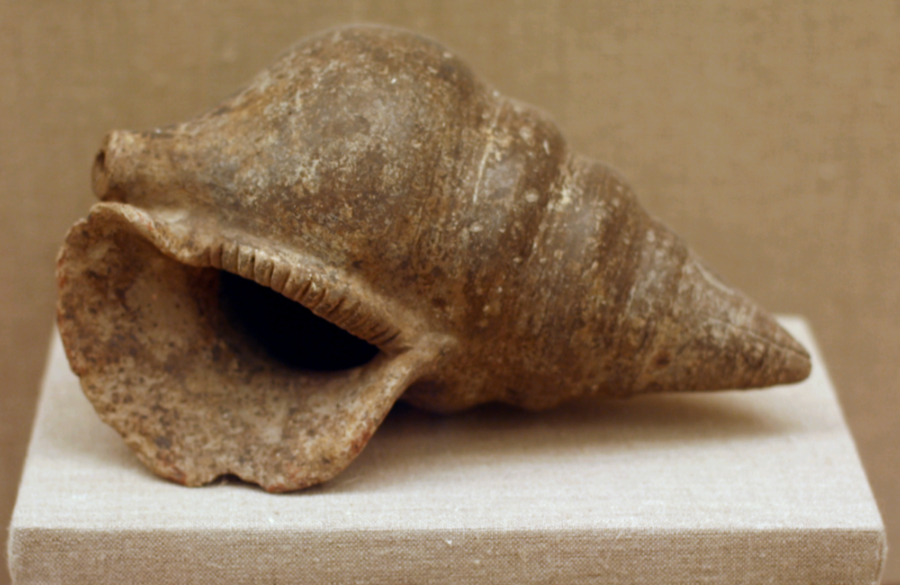 Who Lived in the First Brass Instruments?

The earliest brass instruments which have survived from Europe are the sea-shell trumpets which are often referred to as conch-shell trumpets – although I prefer to call them sea-shell trumpets. They are made from the shells of sea snails which can only grow in warm waters and are found in the Mediterranean and, more-generally, between the 45th parallels to the north and south of the equator.

Blowing horns are made from these by either cutting off or breaking off their tip or by making a hole in the side of the shell.

The earliest of these finds dates to around 17,000 BCE and it comes from the Mediterranean area, being assigned to the Upper Palaeolithic Period.

The shells are found in caves in association with other ritual objects and often in conjunction with the bones of young children. This suggests that they had been used in rituals of various kinds. They were also used widely in the Minoan culture on Crete in the period between around 2700 BCE and 1100 BCE. They are seen in Minoan iconography and also as both shells and as copies of shells made both from fired clay and other materials. Some examples are very highly decorated. The image shows a clay model of a sea-shell trumpet.

Instruments of this form have also been found away from the Mediterranean itself, in central Europe, most of these being dated to the Neolithic period, from around 7/6000 BCE, examples turning up in Hungary and Germany.

Shells such as these are used today in much of Asia in both Hindu and Buddhist religious practice.