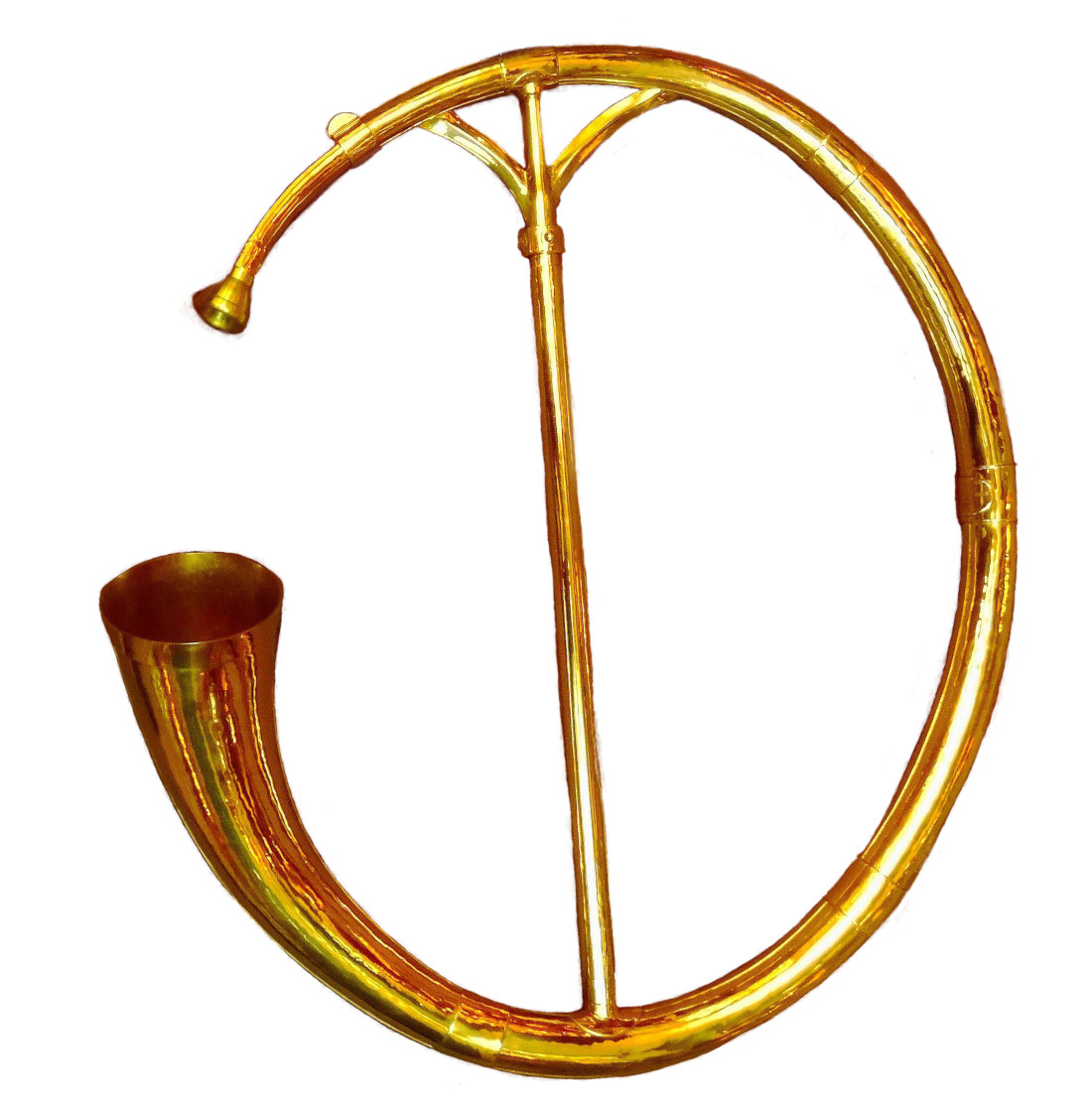 When the Air goes Round and Round

Today there are, in the main, just two brass  instruments in which the air goes round in circles, the French horn and the Sousaphone although others, such as cornets have, in the past, been made in this way. A little earlier,  the cor de chasse (horn of the chase) or trompe de chasse were made in this way and widely used in hunting, as their name implies. It is these instruments which first entered the orchestra. Making an instrument round in this way enabled the player to handle a long instrument more comfortably. Eventually, various devices were added to these instruments to fit them into current ensembles and now they generally have rotary valves to supplement their harmonic series. In the ancient world, it was the Etruscans who appear to have been the first people who chose to wrap their instruments around the player. None of the large instruments which they depicted in their iconography have survived and the only really complete instrument would only really pass a medium-sized. Nevertheless, many of their instruments are large enough to wrap around the player and have a support bar provided which can rest on their player. Their instruments which are depicted are generally conical along their windway but, when the Romans took these on, with the Roman name cornu (plural cornua) they appear to have changed the instrument bores to become cylindrical over most of their length. The evidence for this comes from iconography but also from a set of five cornua which have survived from Pompeii. These cornua have a bore which is conical/cylindrical/conical with a flared bell and are some three and a half metres (about 7 ½ feet long).