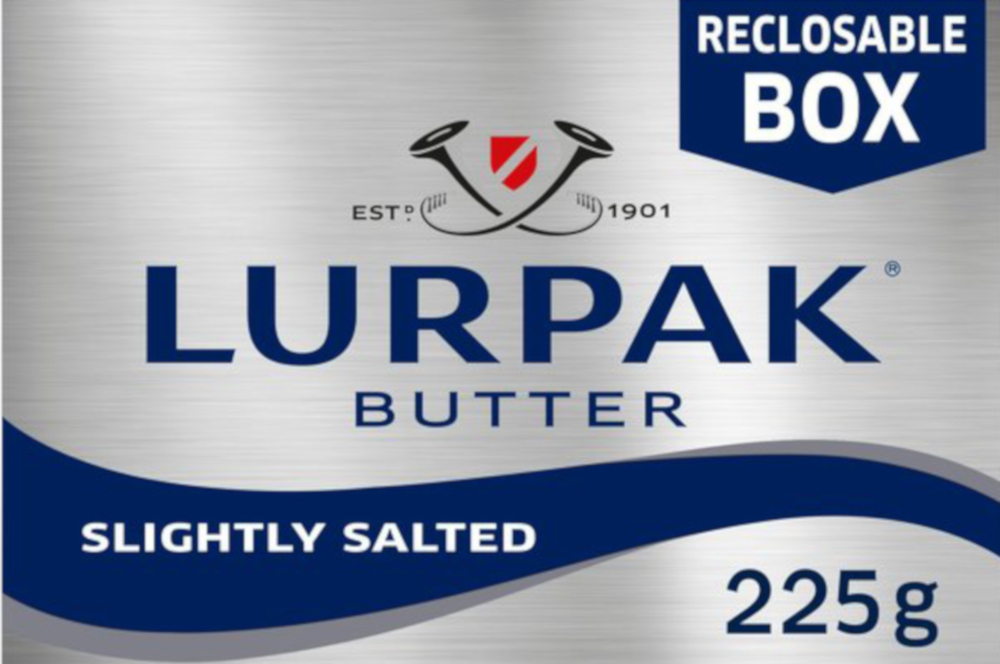 Spreading Brass on your Toast

The bronze lurs are among the most-characteristic instruments from the Late Bronze Age in northern Europe. They were found in Scandinavia and around the Baltic, the largest number have been found in Denmark.

Because of the large number found there, Denmark has adopted them as a sort of national instrument and they have been used in all manner of ways to do with National events. For instance, when, after the First World War, there were questions about the national boundaries of Denmark, they featured in the publicity for a plebiscite on where these boundaries should be drawn.

The lurs are seen so much of a symbol in Denmark that, in order to prevent non-Danish butter being marketed as coming from Denmark, the butter-maker Arla adopted the trademark Lurpak to distinguish their butter from their competitors. The image below shows a pack of Lurpak butter with its distinctive logo showing two crossed lurs.

The logo used on a pack of Lurpak butter illustrates the problem of identifying instrument forms when relying on images created by someone else. My comment is that whoever designed the logo should be ashamed of themselves as, organologically, it is simply rubbish. The end of the tube yard is shown as having a flare before passing into the bell disc. This is simply incorrect as the tube yards of all the bronze lurs are conical. All I can say is that the logo designer exhibited little flare when creating this awful graphic.