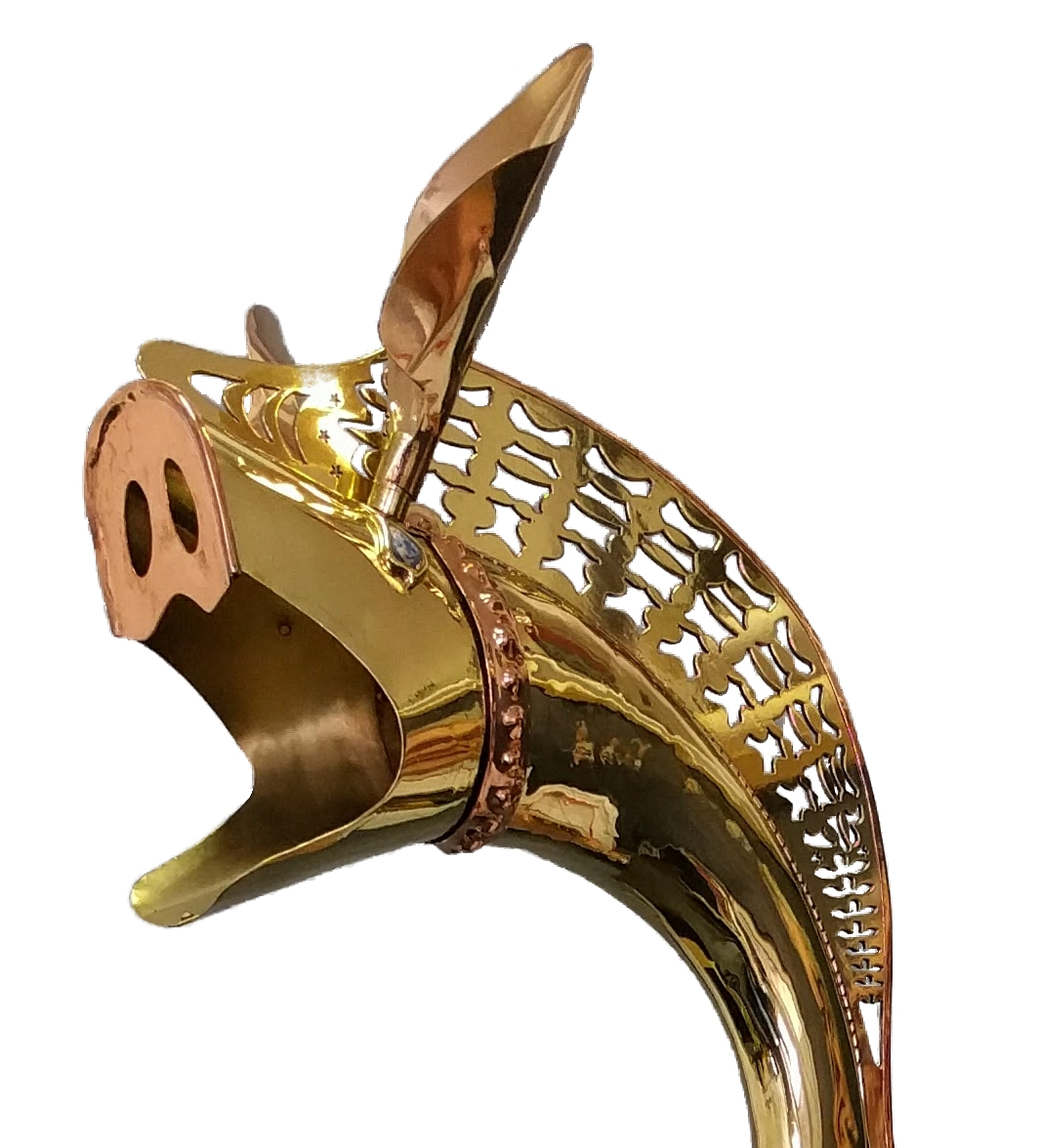 Why was the Letter ‘J’ popular among Iron-Age Brass Players?

This letter has a unique claim to importance to brass players during the European Iron Age – that’s from about 1000 BCE to, well, a lot later! (possibly for over a thousand years). For quite a lot of this time, two ‘J’-shaped instruments were around, the lituus and the karnyx.

The name ‘lituus’ and its shape we know from Roman writings but the first illustrations come from Etruscan sources from which some six physical examples have survived. Actually, we don’t know what the Etruscans might have called their J-shaped instrument as they have left so little writing behind but we know that the Romans inherited most of their brass instruments from the Etruscans and that they called their J-shaped instruments the lituus. Thus, when we refer to the ‘Etruscan Lituus’, we are using the term to describe the form and possible use of an instrument but cannot pretend to be using an original Etruacan term. The Etruscans also left behind many tomb paintings and these show how their instruments were used.

The other J-shaped brass around was in the hands of the native European peoples who inhabited Europe from around the Alps northward. They are usually referred to today as the Celts but, in the ancient world, that term had a different and very specific meaning so doesn’t apply here. Their instrument in question was what we refer to today as the karnyx. Once again, we can have no idea what these peoples called their instruments as they too left behind no descriptions for us. While the Etruscan instrument is generally depicted pointing downwards, it is generally assumed that the karnyx was played pointing upwards as the instruments were provided with an animal head (archaeologists call this a zoomorphic termination). The term ‘karnyx’ comes from just one, very late, document written in Greek, hence it’s starting with a ‘k’ and not the ‘c’ which most people use when referring to it today.