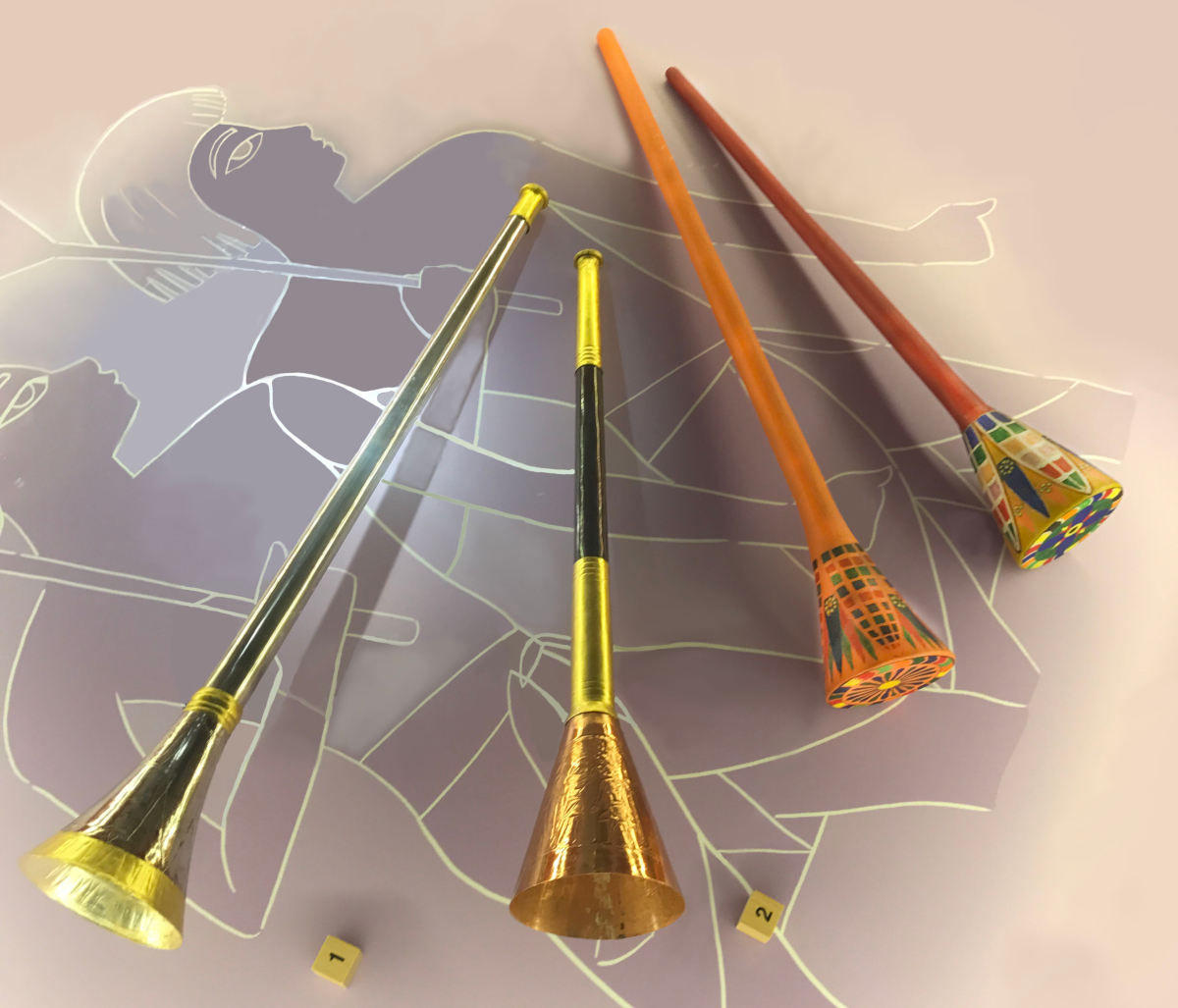 What were the two Tutankhamun Trumpets?

In 1922, British archaeologist, Howard Carter discovered the tomb of Tutankamun, one of the richest ever found. Among the items recovered were two trumpets which, although of the same basic shape as those seen in Egyptian iconography, were quite different from each other. One of the trumpets was of copper or bronze with gold fittings and the other of silver with gold fittings. Each of the instruments has a wooden insert which was still inside the windway at the time of finding.

Both of the instruments were provided with lip cushions at their blowing end, these being simple sections of rolled-over tube. When the instruments were blown in 1939 for the BBC by James Tappern, a British Army bandsman, he put a modern mouthpiece into the lip cushions and the subsequent recording, which has been repeated hundreds of times, is a mishmash of ancient and modern. It is only possible to play a few notes on these instruments as the windway lacks the usual constriction at the throat which a modern mouthpiece provides.

What differentiates the two trumpets is the material from which they were made and the design on the bell. The silver used on one instrument itself had meaning as the metal of use in the temple whereas the copper/bronze material of the other was most likely that which was used generally on the military trumpets seen in Egyptian iconography. The meaning of the decoration is the subject of another entry.