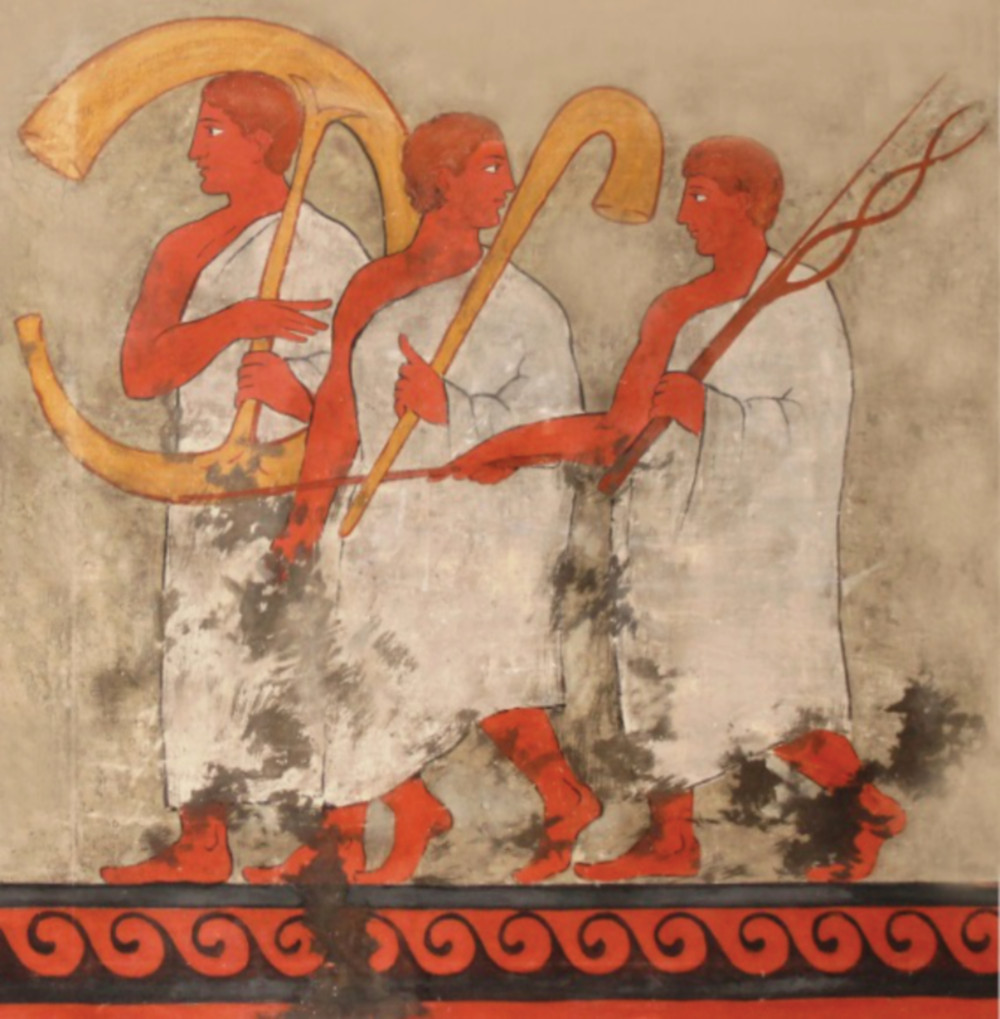 When did the brass ensemble first appear?

Brass instruments had been around for a very long time before we see different instruments used together. The earliest iconography shows relatively simple ensembles such as that on the Carchemish reliefs where a simple blowing animal horn is shown alongside a large frame drum. This dates from about 1250 BCE. 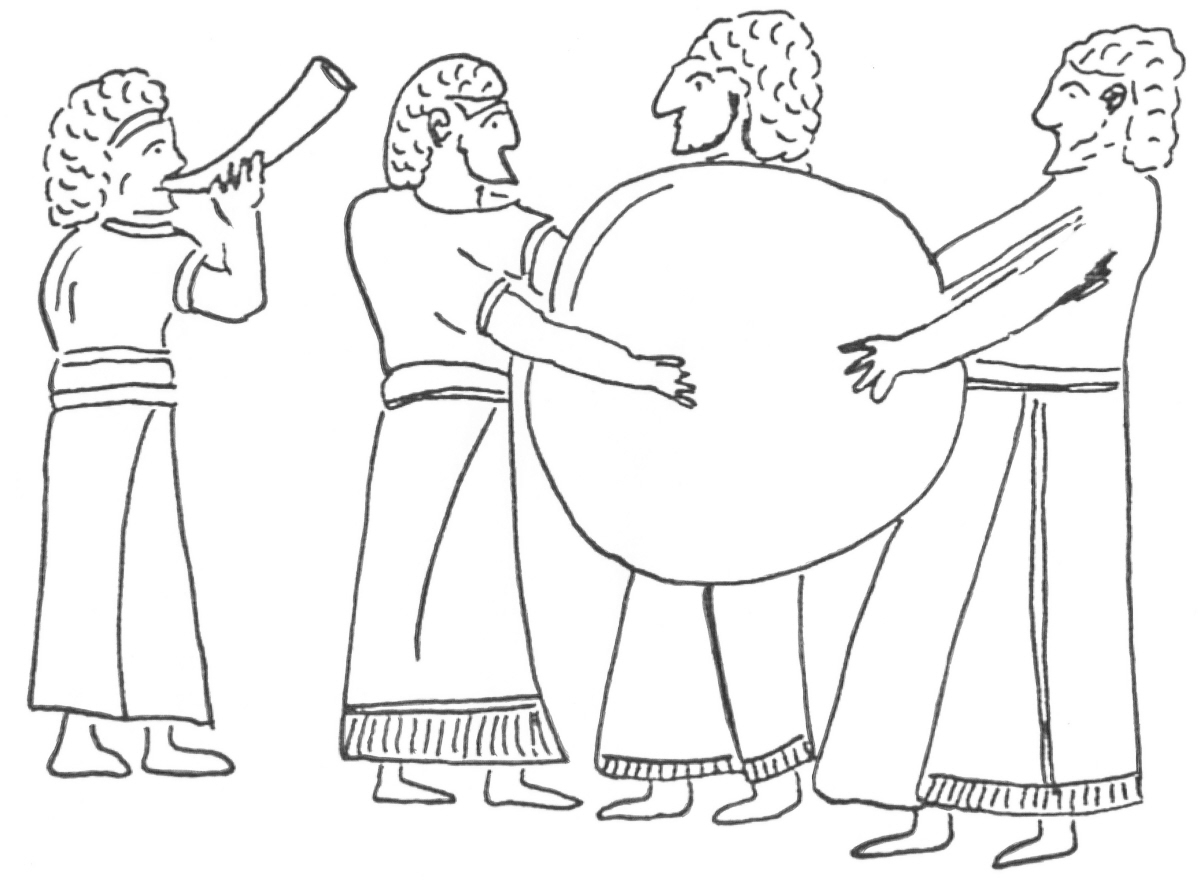 The Simple Animal-Horn Instrument played alongside a Large Framed Drum

Some Egyptian iconography shows a different combination of instruments this time with a barrel drum and a person playing the clappers. It seems likely that the third person from the left is also playing a musical instrument but the details of this are now lost.

An Egyptian Trumpet in a Scene from Thebes, probably from around 1180 BCE.

During the late Bronze Age in northern Europe, two great schools of brass playing existed although I’m not sure whether I would describe either of them as employing brass ensembles. In Ireland, the Irish horns were used and these consisted of one side-blown  instrument and one end-blown. The two instruments were very similar, apart from their blowing devices. In Scandinavian and around the Baltic, two bronze lurs were played together and the two different instruments were identical apart from one turning to the left and one to the right.

The first indication of two different types of brass instrument being played together comes from Etruscan times when we first see the lituus and cornu played together in iconography. Sometimes, the instruments are the same length and sometimes the litui are half the length of the cornua. The image below shows a typical scene with a lituus and a cornu player accompanied by another participant carrying a ritual wand.