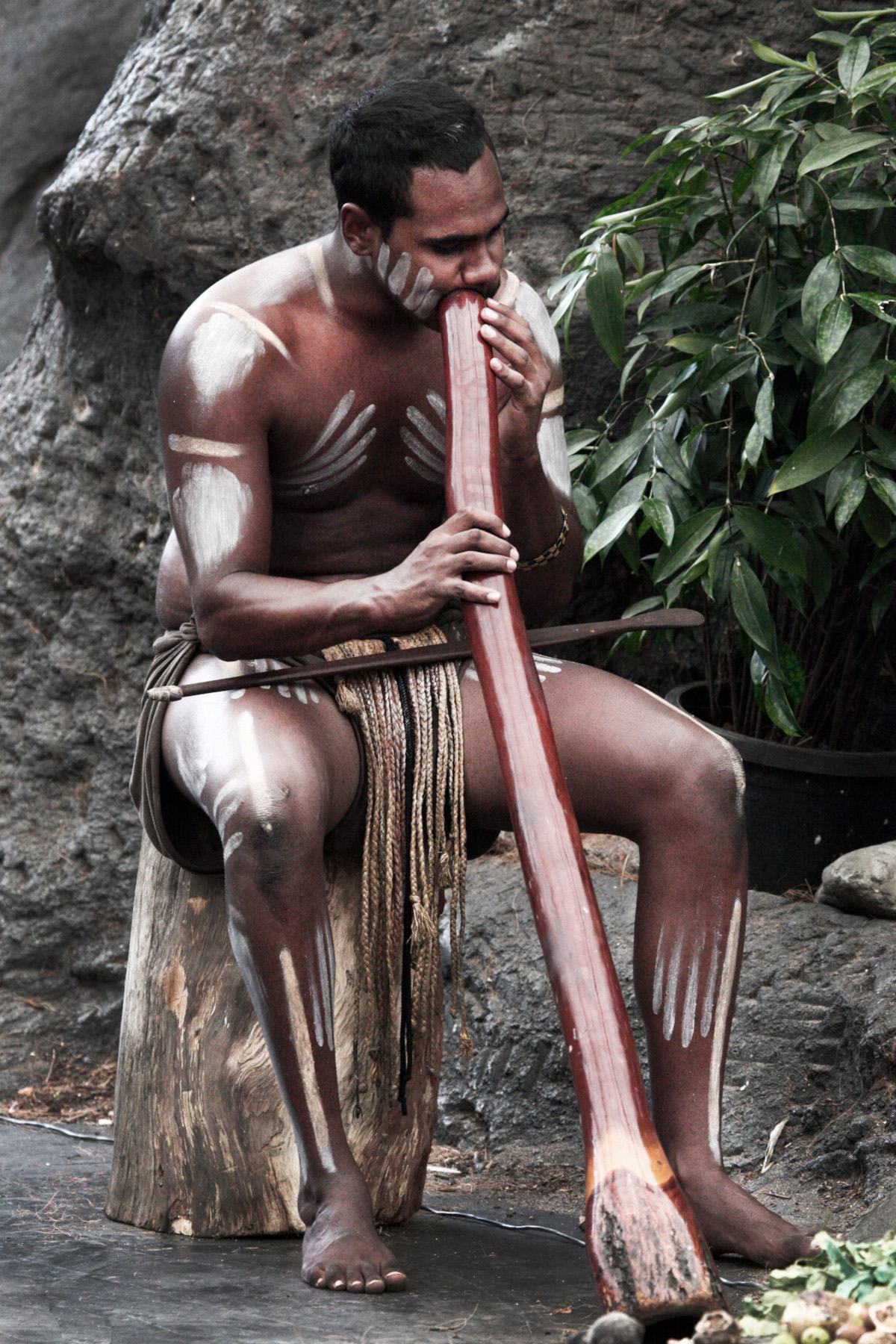 There’s quite a bit of talk about which is the oldest brass instrument around but, for my money, it terms of continuous tradition, it’s the instruments of the first Australians. Their instrument, which we might refer to as the didgeridoo have many different names among the various groups which play them, one common one being yidaki. It’s not known where the term didgeridoo/didgeridu (UK/Australian spellings) came from but one group, who speak one of the dialects of Rembarrnga, a language spoken now by only a few people in the Roper River region of Australia’s Northern Territory, refer to the instrument as the djalubbu.

The instrument is blown by circular breathing which involves breathing through the nose while blowing out continuously through the mouth and producing a drone sound. This is not a drone as one might hear from a bagpipe or similar instrument as it is given a very rhythmical content and decorated in all manner of ways, sometimes with spoken sounds.

In my studies of ancient European instruments, I have discovered quite a few which might have been played in a similar way. The most-outstanding group is the Irish Horns which, when played conventionally yield only a single note but when played like a didgeridoo, are capable of providing a fascinating performance. When referring to these ancient European instruments, I use the term ‘variable tone-colour instruments’, in order not to confuse them with the modern didgeridoo. We must be eternally grateful to our northern Australian friends for preserving these instruments and their playing techniques.