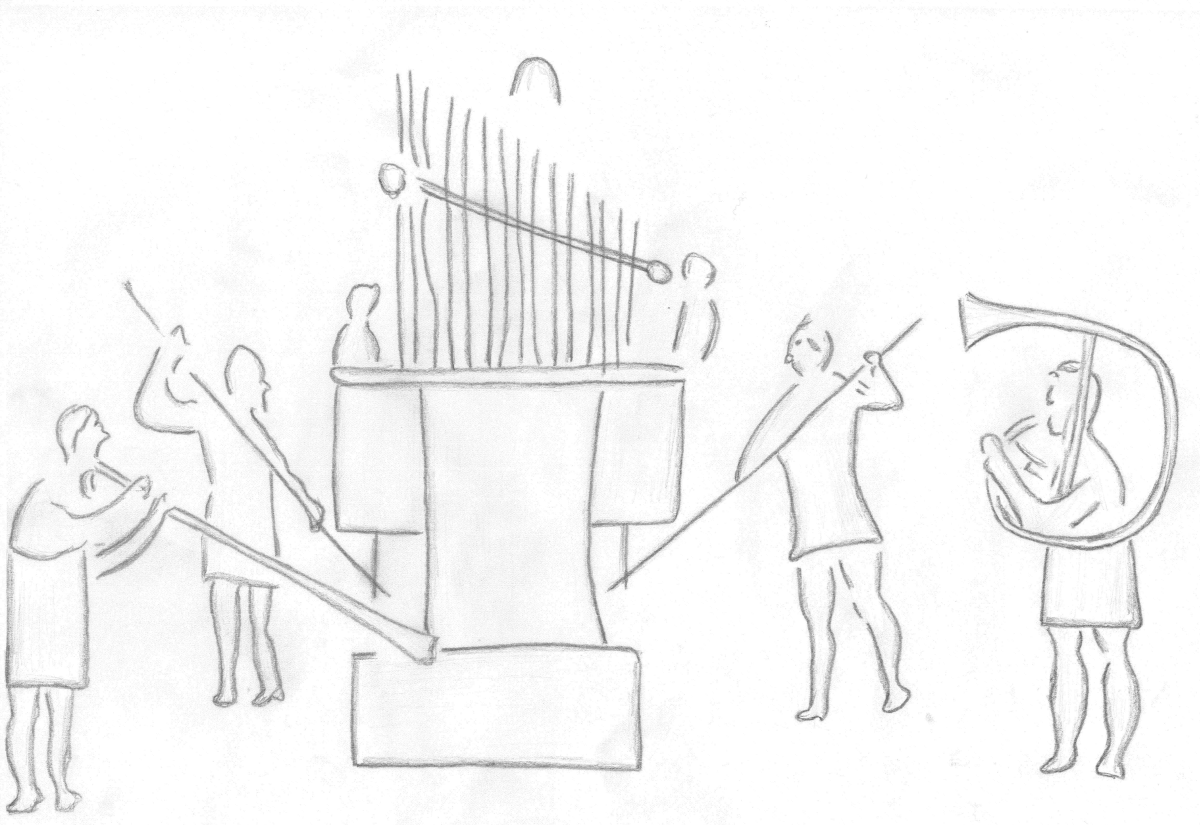 Why is iconography relevant?

The term iconography refers to all manner of illustrations and we rely on these to fill in information about instruments when the physical remains are either lacking or fragmentary.

Iconography appears in all sorts of forms, as reliefs, as paintings, on coins and even as graffiti. In fact, my favourite piece of iconography shows the scene in which a tuba player and a cornu player, along with an hydraulis player accompany the scene at a Roman gladiatorial contest.

Where iconography is particularly useful is in getting information about how instruments were used. Etruscan scenes in their tombs tell us that their lituus and cornu were used together and, by scaling these, we can tell that the instruments were built in unison form or with the lituus an octave above the cornu. The other outstanding instrument in the iconography is the karnyx which is mainly represented on coins. It is shown on native European coins from before the Roman invasion and in many different forms on Roman coins.

Top image: A Scene Scratched in the wall of a Villa on the Via Appia