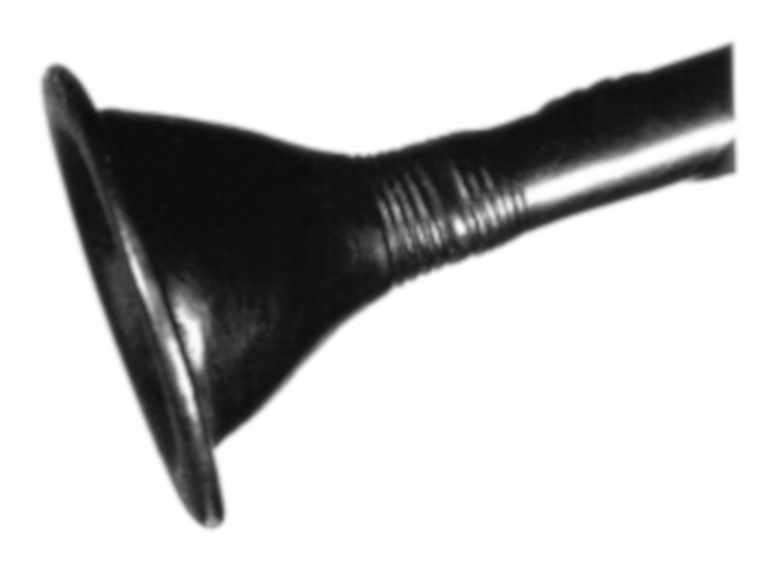 Where did the first mouthpieces appear?

In Scandinavia and the Baltic region, during the late Bronze Age mouthpieces were developed to an astonishing degree. These were seen on the bronze lurs which were probably made between about 1500 BCE and 500 BCE. The mouthpieces were attached permanently to the instruments, being cast at the same time as the instrument itself. What is particularly noteworthy about these mouthpieces is that they show progressive stages of development from a simple lip cushion to what we would today see as fully-developed mouthpieces of a form which we might expect to see on modern instruments. The bronze lurs developed enormously in this area but they are only poorly datable. Archaeologists assess their age on the basis of their decoration when they compare this with that found on other objects which they can date. What we assume to be one of the earliest instruments, one from Gullåkra in Sweden has only a very simple blowing device. It is little more than a turned-over rim which cushions the lips. On the other hand, on what we believe to be later instruments, such as those from Brudevaelte in Denmark, we find mouthpieces which would not feel strange to a modern trombone player. Others of the same age, such as those from Folrisdam, have a much-more conical shape, although they are considerably larger than those one might find on a modern French horn. At the end of the Bronze Age, these mouthpieces disappeared totally and it was some time before the development of the mouthpiece proper began again.